AKA "Tachyon Bombardment" Wow, today was an important "holy day" in the Tibetan Buddhist world. A day we are to remain mostly silent or doing good deeds, in honor of the historic Buddha's "return to Earth." Doesn't that raise an eyebrow? Return? Where had he been? This is straight from a Buddhist text:

Buddha had been teaching celestial beings, including his mother, in one of the god realms. A disciple begged him to return to the human world, and so Shakyamuni descended from the god realm on three ladders made of gold and gems. 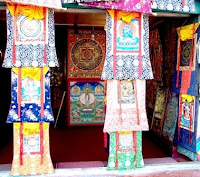 The god realm, really? Or as Ancient Alien theorists would say, maybe a spaceship? From the first time I saw the beautiful Thangka shrine art I zereo'd in on the blue beings. Why so many otherworldly entities in the Tibetan art? Imagine my amazement when I heard about the "Celestial visitations." JUST LIKE MY OWN??

I won't go into the whole Celestial story here (parts of it are in AKS and more to come when I release the Cosmic Revelations in 2012), but yesterday, I was dipping in and out of the recently-released abridged Exegesis of Philip K. Dick, and of course there it all was again: Phil's experiences with the pink beams, celestial visions, and his "tachyon bombardment." 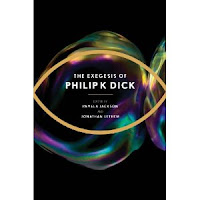 The latter his term for the sensation of being beamed insights. While some of this may seem odd or weird to you, it's the stuff I've been dealing with for years -- before, during and now after the writing of my novel. And with the blur of Tibetan lore, VALIS, Ancient Aliens, and my own Transmissions, I guess there is no escaping the fact I will continue to be immersed in these concepts throughout 2012 and Beyond (whatever that might mean.) Crazy? Me or Phil? This surely feels like DeJa Vu all over again ;) Click the book for a podcast about the Exegesis, including a comment I left there. WARNING: the Exegesis can result in severe brain alteration if you spend too much time with it!
Posted by ZenWoman at 11:11 PM

it's a good thing I enjoy commenting on my own posts, however I must point out that I forgot to check my AKS Book Blog for a few days and lo and behold, one of my little "give-away" darlings was found and documented over there. In fact, take a look at comment #9 ;)

As for Tachyon Bombardment... I will be writing another Otaku piece on this for the January 2012 edition.

Nancy, if you find this link, you can leave me a comment here. But they did leave my last comment in that Amazon forum. And, of course on my Beyond the GodForce page...

You can leave posts on my blogs or use that Contact Us form on the AKSbook.com site. Hope I hear from you!! *** ej aka ZenWoman 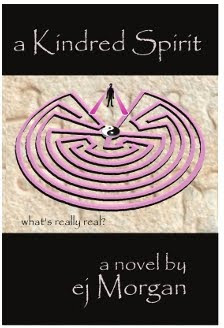 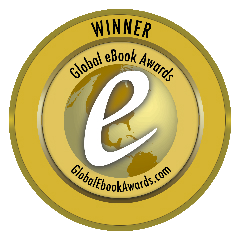